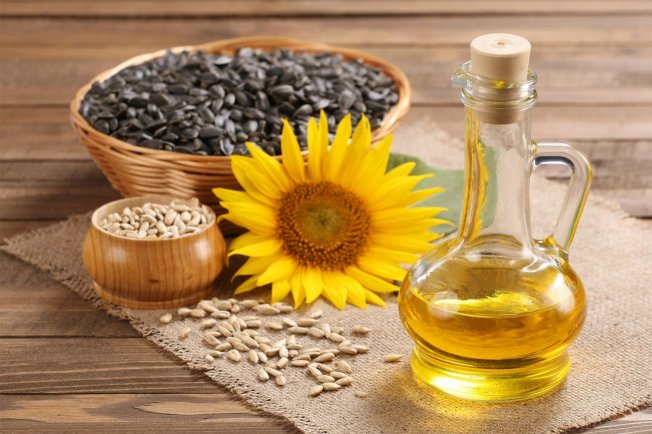 The first time I ever tried oil pulling I thought I wasn’t going to make it.  I had used solid coconut oil, scooped out a heaping tablespoon of the substance, and then had to maneuver the chunks in my mouth until the heat of my saliva turned it into a liquid. But I persevered through it a few more times until I finally became used to the texture of the solid oil, and I tried a smaller amount so my mouth was not overtaken by coconuts.  Then, one day I was shopping and I found a good form of liquid coconut oil, and suddenly the practice of oil pulling became a part of my habitual routine.

What exactly is oil pulling anyway?  Oil pulling is an Ayurvedic practice (an ancient Indian principle that dates to around 3,000 years old).  It involves swishing about a tablespoon of oil, usually coconut, sesame, or sunflower, in your mouth for 20 minutes each day, preferably during your morning routine.  The benefits of oil pulling are numerous, believe it or not.  When you swish oil in your mouth, the antibacterial properties of the oil help to pull toxins out of your body.  Sounds crazy, right?  But it’s true, especially when you use a good quality oil.  Swishing and pulling the oil in your mouth can eliminate bacteria and fungus floating around on your teeth and gums (I know, gross, right?).  This happens because most of the stuff wafting around in our mouth consist of a single cell.  The oil coats these nasty particles, thus helping them stick to one another instead of on your gums or teeth.  So when you are finished with your pulling, you spit out all these little microorganisms, ridding your system of them completely.  Oil pulling also helps to whiten teeth, freshen breath, ease sensitive teeth, wipe out plaque, not to mention moisten the mouth, throat, and lips.

If you are not sure how to go about oil pulling, here are my own personal tips.  Start small your first few times, like five minutes, during the morning right before you brush your teeth.  Then, when you finish, you can simply spit the used oil out into your trash can.  For me, once I was able to get over my five minute mark, I started doing my oil pulling in the shower.  With hair washing, face washing, etc., that usually gives me a good 15 minutes to swish and swoosh my coconut oil.  Like I wrote earlier, I do like to use a liquid version of coconut oil to swish, but make sure it is a good grade, and organic.  The plus of using coconut oil instead of sesame or sunflower is coconut oil contains anti-microbial properties by way of lauric acid.

And be sure to NOT SWALLOW the oil.  After it has been in your mouth, getting rid of all those repugnant particles, swallowing it would completely negate all the good you just accomplished. Lastly, when you are finished pulling, it is recommended you spit the used oil out in the trash can instead of down your sink.  The oil could possibly clog your drains after an extended period of time.  After you do your allotted time, finish up your routine with a good tooth brushing and flossing to remove any leftover particles from your pull.

So if you are in the market for whitening your teeth in a safe and natural way while protecting your gums and mouth from various dental diseases, then you should definitely give oil pulling a “swirl” during your everyday morning routine.  Who knew a simple tablespoon of oil could have so many benefits for your mouth!?! And if you are like me and enjoy drinking red wine, it can help ward off those irritating “wine teeth” stains that so lovingly go with one of my favorite adult beverages.

So go out there, pull some oil, and flash your pearly whites to the world with a smile!

Self publishing advice from writing to marketing and everything in-between.

The Wine Economist
The 3H:health,happiness,healing

Every life is unique ❤️

Where a good book and a cocktail are best friends

Seek first the kingdom of God and his righteousness. (Matthew 6:33)

Food and Wine, travel and gastronomy

Photography, writing and creativity to inspire the spirit by Lynn Marie

Spiritual Dimensions of the Law of Attraction. . .with Celia Hales - https://www.amazon.com/author/celiahales

You can Live Longer and stronger - find out what natural supplement you need. :)